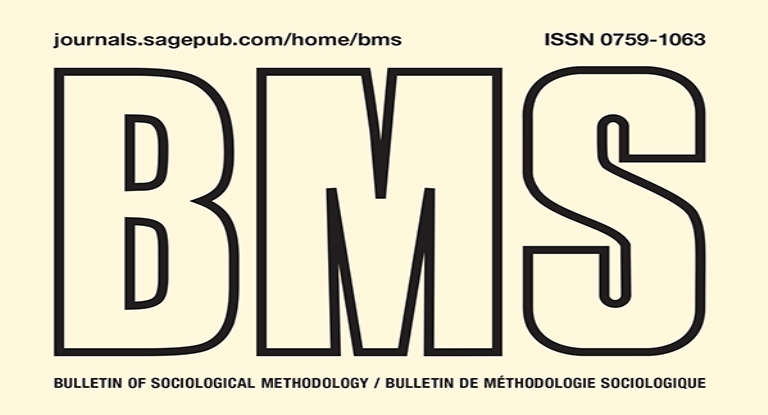 If you are a current member of RC33 or even a former RC33 member, you have been receiving weekly emails from me concerning materials such as books and articles, and also forth-coming events associated with sociological methodology or just simply with sociological research in general.

As Founding Editor of the Bulletin of Sociological Methodology / Bulletin de Méthodologie Sociologique or BMS, I helped set up the enduring relationship between the BMS and RC33 which continues to evolve but remains quite solid, much in the same way our relationship with Sage Publications has developed. For those of you interested in the details of how this came about, you can see “A First BMS History”, BMS, 2018, Volume, pages 9-21 in the 137-138 issue of January-June 2018 of the BMS (pages 9-21), the first issue under the new co-editorship of Sophie Duchesne and Viviane Le Hay of the University of Bordeaux.

If you are neither a current RC33 member, nor a former RC33 member, you may not know that we have two distribution lists: [BMS-RC33] for BMS subscribers and current RC33 members; [AIMSl] for former RC33 members and anybody interested in sociological methodology. The former list distributes five to six emails per week and the latter, which is free and open to all (over 7,000 members), distributes one email and a summary every week. Both these lists have archives open to their members with interesting information that goes back several years. Unfortunately they won’t go all the way back to RC33’s organization of the first and only international sociological conferences in the Soviet Union (Moscow, 24-26 October 1988) and in Eastern Germany (Holzhau, 2-6 October 1989), but then neither of these two nations exist today and the Internet – World Wide Web (WWW) didn’t even exist back then when we were all using ARPANET or ERN; details are available in the article mentioned above.

So things do change and in sociological methodology you can follow them through RC33 and the BMS.